Top of the Bench - Chemistry Competition

A team of four girls from King David won a poster competition at the Top of the Bench Chemistry competition in November.

“On the 14th November 2019 a team from King David High School entered the Royal Society of Chemistry’s Top of the Bench competition at the University of Liverpool. The competition is an annual event designed to encourage and reward high achievement in school chemistry students.

The team consisted of Devaki Harikumar (Y11), Ruby Hollett (Y10), Rachael Stevenson (Y9) and Isla Charlton (Y9). As a requirement of the competition, the team had to design, research and make a poster. On the day, the team presented their poster on Superheavy Elements and took part in a series of activities including a practical experiment and a quiz.

We are proud to announce the King David High School team won the prize for the best poster and would like to congratulate those who took part for their hard work and for representing King David so well.” 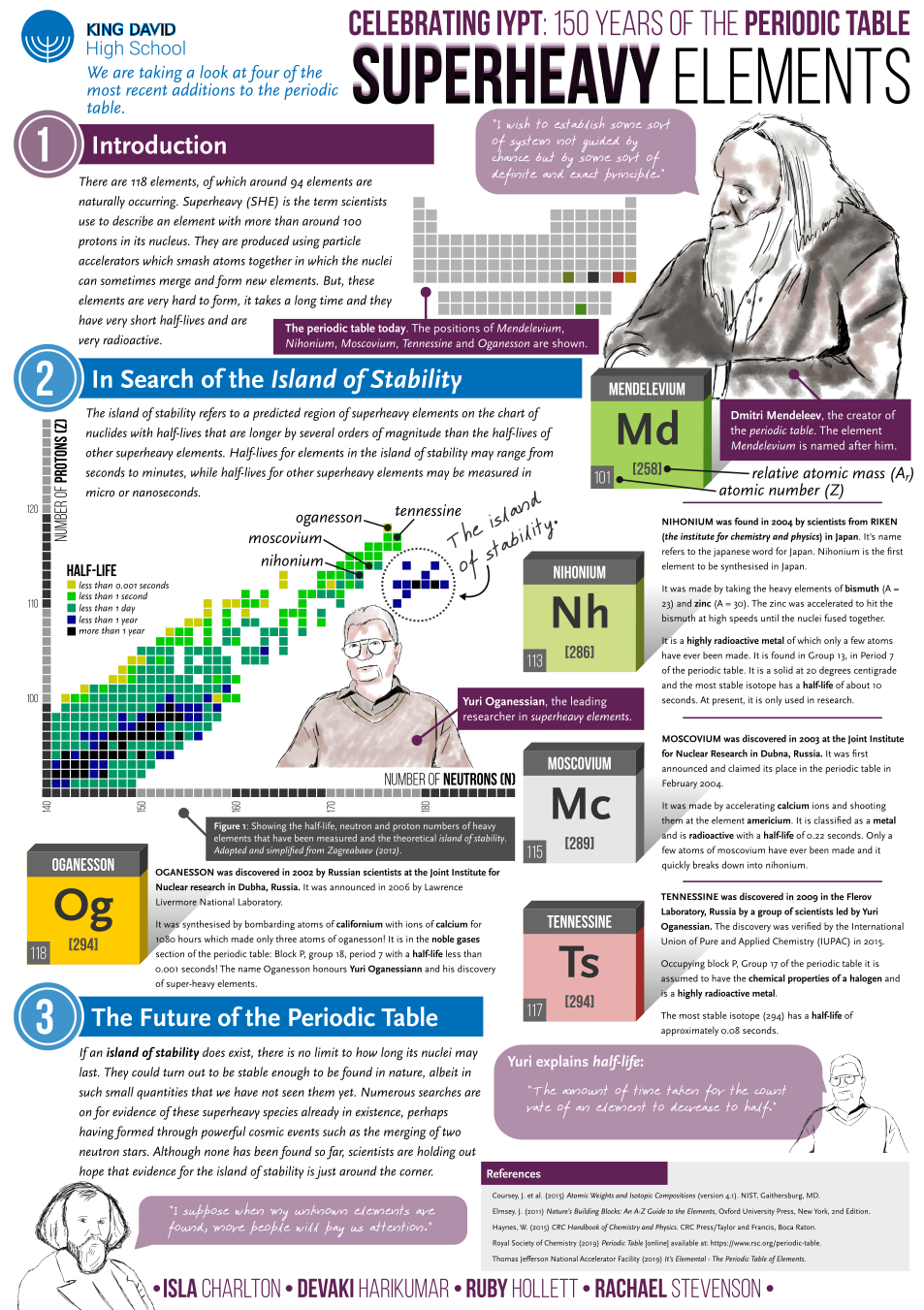 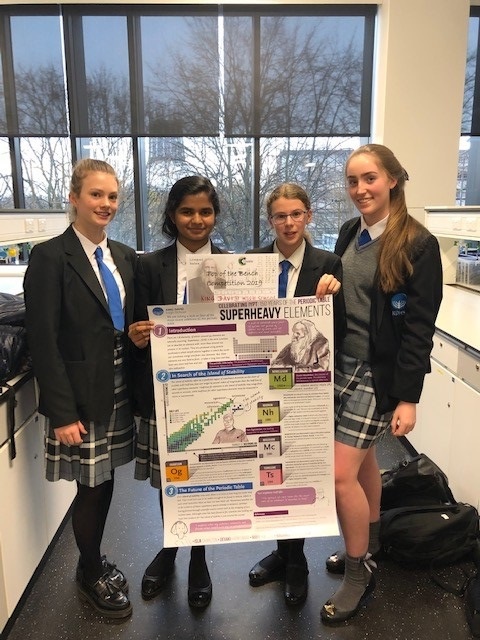